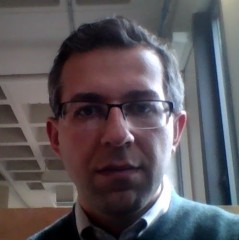 The Fires: How a Computer Formula, Big Ideas, and the Best of Intentions Burned Down New York City-and Determined the Future of Cities

(during a time) New York City firefighters would refer to as “The War Years”-a series of fires swept through the South Bronx, the Lower East Side, Harlem, and Brooklyn, gutting whole neighborhoods, killing more than two thousand people and displacing hundreds of thousands. Conventional wisdom would blame arson, but these fires were the result of something altogether different: the intentional withdrawal of fire protection from the city’s poorest neighborhoods-all based on RAND’s computer modeling systems.

It’s about firefighting in 60s-70s NYC, but more than that, it’s a chronicle of the failures of a certain kind of consulting.

When Einstein Walked with Gödel: Excursions to the Edge of Though

Does time exist? What is infinity? Why do mirrors reverse left and right but not up and down?

Uneven, but worth it for the highs.

Probably the best Python book out there once you’re being the beginner-level and want to explore the more intermediate/advanced capabalities of the language.